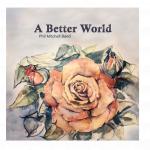 Pro General Comments: Hi there.Please note: I don't comment on quality of individual instrumentation as my expertise delves more into overall performance, marketing, melody, etc Great Start.. beautiful vocals... Striking... Percussion provides great a bg underneath vocal. The spirit of the vocal really drives the song forward. It captures that magical energy you want when you present a song. Well done.Beautiful feel for this song. The melody doesn't disappoint. You obviously also have great arrangement ideas that make this song flow from head to toe. It's bursting with life and energy. The vocals are excellent and really bring the song to life. Good instincts. Nice mix and sound and instrumentation.You might want to start without going full energy from the beginning at (:16).. Because then when at - 1:26, the momentum appears to go down a bit. A simple arrangement technique that lets you build slowly- less instrumentation at the beginning might add to the dynamics a bit more.Great instrumental work here- captivating. You might also want to bring the solo instrumentation in a little later- after a verse or two? Grab us with your story first a bit more... It does really work nicely though. Great instrumental choices.Lyrics work and flow well. Your choices are natural which you want. If you want to pitch this as an Xmas song you may want to fool around with adding a verse or two that has some more Christmas references- more than likely keeping religious type references? That's how it feels it would go.. You might keep it more universal which will help in pitching by not making it too religious though. Up to you. 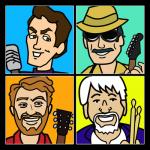 Broadjam Artist: Jack DennisSong: Such BeautyBroadjam Pro Reviewer: Tirk Wilder (Songwriter, Performer)Pro General Comments: A couple of years ago, I took on the task of expanding my review system.I allow about an hour and a half to write a review for … 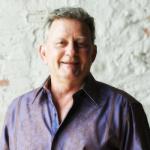 Pro General Comments: A couple of years ago, I took on the task of expanding my review system.I allow about an hour and a half to write a review for my songwriting clients and students. That is about what is fair for a thirty dollar review fee.That makes it about twenty bucks an hour, which, IMHO, is a fair price. That's about the amount of time I usually spend doing a Broadjam.com review.Every once in a while, I do what I call a "comprehensive" review for a couple of my more serious clients. It involves a lot more time in analyzing the structure of a song.I charge these folks $49.95 for this type of review, which can take longer than four hours (usually DOES).I got kinda carried away here, and turned it into a Comprehensive before I realized how much time had gone by.My bad. I guess that because it's a Christian song, the Holy Spirit took over. I don't know.Make NO mistake. Neither Broadjam nor I are soliciting more money from you guys. That ain't how it works. You're getting a "freebie" Comp review here. Well, not FREE, but at a serious discount. The problem arises when we realize that Broadjam software only allows for 400 words, or 1,000 characters, here in their "Comments/Feedback" section. This is roughly in line with what I do on a regular basis for this type of review. It's THEIR software, and I think it's usually more than adequate. The sticking point is that the review I have written for guys has over 2600 words. In order for you to get this comprehensive review, it will be necessary for you to send an email to twsongsport@gmail.com with the words "Broadjam review" in the subject line.You will receive the full comprehensive review by return mail.Thanks.

Quote From Pro: Jack Dennis knows who God is, and knows how to make the listener think about it.