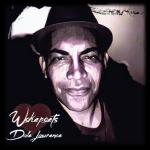 Pro General Comments: Another pro sounding track - recording is radio ready!I like everything about the recording/vocals/mix. Rhyme schemes, song structure, phrasing are all great. I like the double verse but then just a single verse after 1st chorus. You clearly know what you're doing!Lyrics are very good! I have a few suggestions...Verse 1It's good as is, but I think it could be even better by being more specific. For example - instead of "loved him from the start" maybe something like "loves him with all her heart." I know it's 1 more syllable but I think that (or something like it) paints a deeper picture of the girl. Similarly, I'd like to see you dig a little deeper than "tear their world apart." I know it's only 9 syllables but if possible I'd love to hear something more specific. Even a subtle change like "and someday he'll tear her world apart." Verse 2Very cool 2nd line "casting couch" but I don't think people will get it. I had to think about it. This is such a relevant and important story that I'd rather it be clear that cool. That being said maybe just say "Casting call." Chorus is great! Love the hook.Verse 3Overall I love it - but the first line kind of implies he's never had enough to eat his entire life which probably isn't true. I think it'd be more representative and real to say something like "there's a ghost on the street (love that by the way) just looking for something to eat." I know that doesn't sing well but something like that. 2nd line - I don't think you need the word "and" before "he's doing time."Bridge:I like it...but I'm afraid it's sounding a bit preachy and judgmental to more people than just the ass holes doing the bad things you've discussed in lyrics. I'd consider re writing this section. Maybe something along the idea of we all (good and bad people) have the pretzel logic in our mind but most are able to deal with it while others use it as an excuse to do the bad things you're referring to in verses. Another approach would be talking like a super hero vigilante or something to get rid of these jerks. I say that because of the next section where you talk about cyanide.3rd ChorusI'd switch the order of the next two 4 line sections. In other words, have the original chorus after bridge and then add on the "you can shoot 'em in the back..." section.I hope this helps. Great writing, singing, production, etc!! Keep up the GREAT work!