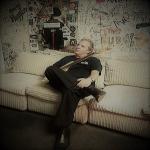 Pro General Comments: Howard, I enjoyed listening to this well written and solidly structured instrumental piece that haa an authentic emotional tone to it's melody, instrumentation and melodic elements. The influence here is reminiscent of something that Santana would've done as an album cut on one of his records in the 80's or 90's, with organ, bass, percussion and drums accompaniment. I thought the structure of the song was well conceived and did a good job of setting up the main melody of the song, verse, chorus and bridge sections, which gave it an appropriate amount of sectional and dynamic contrast. The guitar playing was solid and authentic sounding, nice intonation and a great amount of emotion put forward. While all of those elements were nicely put together structurally and song wise, something to think about in future recordings would be to get the most updated guitar sound down on tape, as well as authentic sounding drums, bass and synth strings. This would give the track more of a contemporary production sound that is more rooted in the 2000's, rather than something that would've been produced in the 80's or 90's. Perhaps this is still in a demo stage, which in fact does a fine job of getting across the emotion of the song, (which is quite strong), but possibly the next time you're going to record, I would suggest you put a greater emphasis on finding the most up to date sample packs for the previously mentioned elements (strings, synth bass, trap drums etc.) to achieve a production level that would be in line with what's being heard on commercial or streaming radio in 2019. Again, this kind of heart wrenching, emotional instrumental power ballad a la Santana I believe still has a place in today's music world, especially when its as well conceived and written as this piece is. However, putting together all of the appropriate contemporary production elements are also an important piece of putting together a package which can be marketed to today's commercial market.

Quote From Pro: Emotional and heartfelt instrumental power ballad that features a lead melody from a solidly played electric guitar that is ultimately reminiscent of some of Santana's instrumental pieces that he became famous for throughout the last four decades.

Broadjam Artist: Paul ReidySong: Whiskey In my coffeeBroadjam Pro Reviewer: Robert Dellaposta (Writer, A&R, Publisher)Pro General Comments: This has a retro rock feel to it much like the female rock artists of the eighties and nineties Ala Pat Benatar … 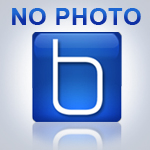 Pro General Comments: This has a retro rock feel to it much like the female rock artists of the eighties and nineties Ala Pat Benatar and Lita Ford to name a couple. The form/structure is more alternative than commercial rock. The meter and phrasing of the three verses are different which affects the melody and might make it harder for your listener to remember the words and melody. I like 6 line verses. They are easy to rhyme and when they follow an AABCCB rhyme pattern they can be very catchy and memorable.Ice/Night/Black/Band/Hand/Land is AABCCC which is a close match. if you would have rhymed Black in line 6 it would be a perfect match.The second verse uses an AABBCC rhyme scheme which is very different than verse 1.Verse three has 8 lines and that affects the melody and phrasing which isn't something i would advise making a habit of. Symmetry is important if you are wanting to write commercial catchy memorable songs regardless of the genre. Verses should all have similar rhyme patterns, meter, phrasing and melody. There's an infusion of country lyrics in this rock arrangement as well. Whiskey in my coffee is a common country theme. The verses are all unpredictable which isn't a bad thing but i want you to keep in mind that it's important your listener can follow the lyric and music without being distracted by changes in rhyme, meter, phrasing and melody. The melodic hook you start the chorus with is good...it's rock and it's familiar...easy to remember and sing. The chorus starts strong then it wanders a little because of it's length. I'd prefer a shorter chorus and I'd prefer you end with the hook same as you started with the hook...means everything to me is not the hook...it's not memorable and lacks the impact of whiskey in my coffee in my opinion. Coffee is an E rhyme which you've supported so it should be easy to plug the hook into the last line.Here's an option to try. He's 100 proof pure caffeine he's the whiskey in my coffee. Just a suggestion. Songs about being in a band or being a singer are usually written by a singer who is in a band. This type of song is hard to pitch to singer/songwriters. The arrangement is close to four minutes which isn't bad. The bridge is an option which could also be used as a tag in the last chorus...The double tracking of the female vocal gave it an edge but it was a little pitchy on the higher notes. I like the energy of the groove.

Quote From Pro: Paul Reidy has a fun and positive spirit that is easy to feel in his music and lyric. He mixes retro rock with country rock which is appealing to all age groups.