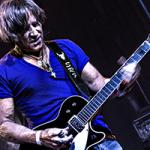 Pro General Comments: Hey Punk Ass Mo Fo,We'll I like to think you're asking the right guy, I'm a big fan of the Rock/Punk genre. I had the privilege of working with The Cramps, The Bellrays, and Dramarama's catalogs to name a few. TAXMAN is a quality song all around. My overall impression is quite positive, you've managed to make a political statement and still rock it out.It's a great message that challenges the system in this politically charged environment. Perfect song to release in an election year.The recording and production quality is solid and similar to what I typically hear from young bands working with limited budgets. The production may be a bit polished or smooth for the hard core punk audience but the flip side is that it plays better for getting added at radio. The Lyrics form a great narrative and pulls you into the hook while the overall track kicks ass.I recommend self-releasing with Punk Ass Mo Fo as the artist but I'm sure there are song publishers out there that would be proud to submit "Taxman" for a major label or independent artist to record or cover.I personally focus my efforts on film/television/ad placement for artists. It does strike me as a song that would fit nicely into a film or TV show and really enhance the emotion of the scene. The limitations is the songs political message. Finding scenes that require this type of statement are few and far between but they are out there.Thanks for the listen.John Anderson

Quote From Pro: TAXMAN is a quality song all around. Punk Ass Mo Fo make a political statement and still rock it out.Hunnypot Approved!