Broadjam Artist: Sublimaze69Song: We Are Our RaceBroadjam Pro Reviewer: Diana Williamson (Songwriter, Music Supervisor)Pro General Comments: Hi Scott:I like the peppy vibe of your song and the backgrounds are done in an effective manner. Since it’s a … 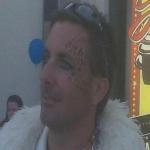 Broadjam Artist: Sublimaze69
Song: We Are Our Race

Pro General Comments: Hi Scott:I like the peppy vibe of your song and the backgrounds are done in an effective manner. Since it's a sample length I'm thinking you may want some advice /opinions before making an entire song of it which is wise so you start off on the right track. So far so good!Now you state your songs are rock/alternative but like merging different styles. This song feels like it could incorporate some reggae elements. The subject matter might lend itself to this so you might want to study some reggae hits and see what kind of arrangements they use and fuse the two. Do some homework and study some of the hits. This can only help you see what is working in the marketplace. For eg UB40's Red Red Wine was a huge hit that merged pop with a reggae feel: https://www.youtube.com/watch?v=wzVyTEDnj4g This lyric video shows you how they write and space our their lyrics. It's an old song but it still gets played on radio- of course you may want to study newer ones as well. Ben Harper and Jack Johnston may be some good artists to study. Ben is particularly good at taking a phrase and making it clever but marketable. When writing songs about the human race- this is one of the hardest subjects to tackle- because unfortunately people shie away from hard subjects it seems these days. They turn to music for escape and to distress a lot of the times which is why pop dance is so big. So if you write about a difficult subject which is a good thing to do- the best way most of the time is to do it -is to try and educate them while entertaining them. (A spoonful of sugar helps the medicine go down). People don't like to be preached to- so you have to do it in a manner which they feel they aren't being preached to.It may have something to do with the pace of the world. In the 60's and 70's- there were more social commentary songs and people were listening. Even Pink Floyd's songs about society and Supertramp had some dark themes but people ate them up. It would be a good use of time to study some of the hits that talk about society and how they did it. It changes in the different eras.With today's marke that is a lot of dance- even country is going pop!! You wanna make things whenever possible a little more subtle or clever. "Now the term we are our race" is a bit vague. You want to come up with a hook or title that is something that if a person looked at a cd of 50 songs- your hook would jump out at them. It doesn't have to be all that clever- either - but it has to strike an emotional chord that they might want to hear about. For eg on the top of the charts right now- is "Stressed Out", "Never Forget You" and "Sorry". They may not be extremely original but they may be something you might want to tune into if you are going through that emotion. Try to tweak that title a bit. For eg "Come Together" by the Beatles is a title that might reflect what you are saying. (titles can be used a million times- they are not copyrightable). Or "We are One Heart" beating, we are one heart feeling, come together now and feel the heat.... Feel the fire. When you're happy, so am I, when you're down, you make me cry cause we're all one heart beating.... That kind of thing.This is the kind of route you could take with the song if you like. Feel free to use the ideas. But that is a way you keep your audience listening but you're not accusing them of wrongdoing. You're making your point in a way that draws people together.Right now it feels like you gave me half of your hook. Try to give us a line that rhymes with your title. Rhymes increase the catchiness and make people remember. Start your song with a short intro, a sparser verse and then build to your hook- where the arrangements go full out. You might want to experiment with some strings in the chorus or a fun loop to make the song as interesting as it can be.Nice idea- good luck!

Quote From Pro: Artist has a soulful vibe.