Broadjam Artist: matt taylorSong: Sometimes You Just Don’t See It Coming 3:33Broadjam Pro Reviewer: Tirk Wilder (Songwriter, Performer)Pro General Comments: Okay, Matt, there is much that is cool about this song.I like the hook “Sometimes you just don’… 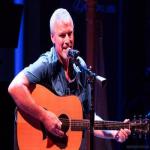 Pro General Comments: Okay, Matt, there is much that is cool about this song.I like the hook "Sometimes you just don't see it coming". I like the way it gets laid in there at the top of the chorus, and that there is serious melodic differences between chorus and verse, so that the chorus "soars", if you will.I truly admire your melodic feel, and the way your chord structure is emotive harmony for that melody.Let's go to the lyrics.I'm none too crazy about the opening lines. Don't think they grab the casual listener.Next lyrical speed bump was "I hold it in as long as I am able". It may not be necessary to have a rhyme line here, as you have the second and the fourth lines already rhyming. "I hold it in as long as I can," sounds a little more like natural conversation, which is better, I think.The chorus?Well, the melody of the first two lines is impeccable, as usual, in your stuff.The words of the second line are weak. "Never thought I'd see the day," is a clich. It's sitting in the second line of the chorus where it almost HAS to be powerful. Something like, "Like a train wreck in the night, It came roaring through the tunnel, before I ever saw the light".You use that, I'm a co-writer. And I wouldn't mind that on this song.But, seriously, I hope you see what I mean. The lines, "When home to you I would be runningTo hear you say your going away."? I can't imagine those lines flying with any publisher. No power. Not something someone would say to their estranged lover while trying to hash things out.If not an image, a strong metaphor. Something someone would be saying in conversation. Something that plays off "sometimes you just don't see it coming."Consider this, Matt.Completely remove what you have here as the first verse. The "Another ordinary dayThe sun came up the sky is blue, There's something that you need to sayAnd you seem to think somehow I knew."The more I look at it, the less it works. The SECOND four lines is a POWERFUL way to start this song. The listener is almost sitting down at the kitchen table with you, and it's all you need to get you to the chorus.The second verse is the "A long time ago you called me baby" passage. Then you need to rewrite the bridge. "Time carry's on, And I'll get along, Believing that you're gone"? Very blah. Doesn't convey any information or move the song along.My advice is to take the last verse and worm it around so it becomes your bridge. The first two lines, "It's hard to think of moving on now, But moving on is what I'll do," convey the right sentiment to wrap up the song in a tight little bow. After that, you go straight into a chorus.That makes your song form:Verse --- CHORUS --- Verse ---CHORUS --- Bridge --- ChorusWhich happens to be about the MOST effective song form for climbing the charts in the history OF the charts. 70% of top ten hits in the history of our art has been this form or a slight variation thereof. I hardily recommend you consider it.It also would cut the time of your song down to a little less than three minutes, which is optimum for radio airplay.Matt, I don't get many true talents coming through my critique service. You have it going on. PLEASE stay with it.

Quote From Pro: Matt Taylor is the REAL DEAL.