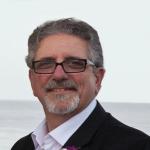 Pro General Comments: Please note I don't rate individual instrumentation since my expertise lies more in marketability, lyric, melody, and overall performance.HI Sergio from Kleinburg! I am considering creating a studio in that neck of the woods- what a strange coincidence! Love it there.Great to start with a visual title. That is usually half the battle. I love the idea of your story- and the story title invites curiousity. You want to pull your listener in and you do.Love the opening visual -mood has that "Vincent" song quality. Your hook really comes into its own when that bg vocal comes in on snowflakes. They really add a great dimension to the song.The vocals are nice but feel a tad tentative in the beginning which draws me out of the song. I think the vocalist can do it but maybe with a bit more conviction to make it a lot stronger. It feels a bit sing/songish in parts- with too much emphasis on the rhythm when a more fluid vocal might help it "flow" a bit better.You might also want to try it with a hot female session singer who can really sell the song for you- especially since its from a female pov. The song sounds like it's worth it. I can see it in films about aging- that hook sells your song.Appropriate instrumentation and arrangements effectively build your songs momentum. You got that hard part down. Your melody and marriage of melody to lyric works nicely.If it's the old woman who is the singer you might want to make the language a little less formal so that she is talking to us, - such as "as I sit on my worn out chair" instead of "upon" or "and wonder how the years moved on" instead of "at how" (just little picky thoughts- not totally necessary)- but to make you aware. Also "I'll never forget" sounds less formal and better than "I'll not forget".. If I could only "just" hold on to one- adding the word just- makes it that more poignant desperate.Guitar solo captures the wonderful emotion of the song. However they are getting to be a thing of the past unfortunately. It seems like it dates the song a bit. (though I can live with it- I'm still a big fan of guitar solos) However, since the song feels like it's running a bit long, you may want to cut the guitar solo and just use the piano part- maybe double the piano instead. It's really such a pretty part. Piano solo instrumentation, takes you out of the song for a minute to give the musical palette a little rest. It's got a great feel and flows effortlessly from part to part transition wise. Guitar works- don't' get me wrong- but it also declares itself and you may want a softer transition for the song story.Overall wonderful soulful work!

Quote From Pro: Song has soul and a delicate grace.