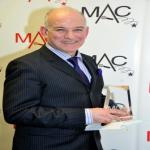 Broadjam Artist: Bill Zeffiro
Song: What The Hell It's Christmas

Pro General Comments: Please note I don't rate individual instrumentation since my expertise lies more in marketability, lyric, melody, and overall performance.I apologize for being a few days late- I fell down like a dead soldier with the flu- but am now back in action.This song the way it is, would be perfect for theatre. It sounds tailor made for theatre. However there may not be that many appropriate plays. However one of the beauties of the season is there are new xmas movies out each year that are always looking for songs and original Christmas songs can be hard to come by.There is the one publisher Justin Wylde's company that specializes in placing Christmas songs in movies and you may want to see if he is interested. You'd have to google him to find his contact info. The demo the way it is would have to be given a fresh coat of paint. It sounds "theatre-ish" and would need a bit more finesse.Infact Justin may be able to give you a good review of how he sees it fitting into the marketplace- you may want to ask him in your email to get his thoughts since he knows the Christmas marketplace very well.It would have to be a Christmas comedy of course that would use such as song. Since it's very specific, it makes it a bit tougher to place because it is like a story song and not "universal" which are easier songs to place. However some of the most remote songs in my library have been some of the ones I've placed the easiest for some reasons. A song such as "I'm dreaming of a White Christmas" is a bit easier to place since it's not so specific.It's great to write comedic Christmas songs which is why the one about a reindeer running over Grandma or whatever that title was- was such a hit. There hadn't been many out like that before. Woody Allen could probably have a field day finding all the funny things that go on at Christmas.You did a great job on the lyric. It sounds old school of course with the words like "frisky", etc. One way you could also use this version is to perhaps make a comedic video for youtube with a talented videographer. (doesn't have to be expensive these days). Have an older couple playing off each other in a comedic way. If done well, you could attract some attention to the song and use this as a marketing tool.Another clever thing you did is make it into a duet. There are a lack of duets around. Stars always want to find a way to work with their heroes such as David Bowie and Bing Crosby. So delivering a duet is a smart move in itself. Very good work. I wish you the best of luck with it.

Quote From Pro: Songwriter has a flair for writing a rare and tricky thing, a comedic Christmas song.