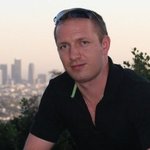 Pro General Comments: Hey Maxim,We'll I like to think you're asking the right guy, I'm a big fan of the Murder Ballad genre. I had the privilege of working Nick Cave's catalog for a decade and know his work well. It's quality song all around. My overall impression is quite positive, you've managed to truly capture a dark solemn feeling. Made my also think of the Bob Dylan song "Death Is Not The End" as well as the band The Pogues and their song "Fairytale of New York". Easily crosses the Singer Songwriter, Indie Rock, World Music genres, incredibly universal. Could also work as a Duet or for a solo artist with prominent backing vocals, Male or Female leads. Big Celtic influence. Scottish or Irish sounding. The Lyrics form a great narrative and pulls you into the story.I recommend self-releasing with you as the artist but I'm sure there are song publishers out there that would be proud to submit "Murder Ballad" for a major label or independent artist to record or cover crossing several genres.The demo recording and production quality is superior to what I typically hear. Solid production, instrumentation with lovely backing vocals. GREAT! It a timeless sounding record.I personally focus my efforts on film/television/ad placement for artists. It does strike me as a song that would fit nicely into a film or TV show and really enhance the emotion of the scene as well. Relaxing and evocative, well done!

Quote From Pro: Murder Ballads (The Hangman, the Chariot a Queen of Hearts) tells a dark engaging story that takes you on a man's journey through time that leads to a violent end. Hunnypot Approved!