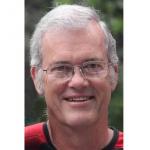 Pro General Comments: Hi Tom -Thanks for the submission. "Lauren's Theme" is an interesting instrumental piece that is very simple-sounding on the surface, with not a lot of instrumentation - and yet very effective and moving. Nice job all around. I really like the chosen sounds and performance. The simplicity is a bit deceiving because there are some fairly complex things going on as well, which I really like.This song's synth strings I feel really work well with the electric piano sound they complement each other nicely.This song is mixed well and I don't really have any suggestions there.The only thing I can think of that's missing from this song is... more of it! I'd like to see it be a bit longer and go in new and interesting directions. In other words, what you have is really great, but I can hear this song building from about where it ends right now, on into an actual full-band (or orchestra) type of version with (tasteful) drums and percussion and perhaps some other instruments replacing or doubling with the electric piano melody. Building on your current arrangement might give this song the added emotion I feel it could use to make it into something that could be useful in television or film. Right now, without having other parts that add drama or emotion, it'd be fairly hard to synch in my opinion because what's there is good, but it's not "enough" and very specific-sounding. Finding a scene in a film that needs exactly this type of song might be difficult.I say take it a step further and develop an addendum to what you have. That will give it more flexibility to be licensed. Extend it by adding further production that complements and builds on the current arrangement and go in a new, more significant direction. You can still use this version you have if you'd need to, but by adding to it, you'd have even more to offer folks looking at potentially synch licensing it because then they could use the simple version like you have, but could also use the more expanded version like I'm suggesting in different areas of the film.With a "score" type of feel like it has, it's a little harder to license those types of tracks because essentially you've scored a scene that doesn't really exist if that makes sense. This song sounds like it was written for a very specific scene in a film or other type of show, so finding that perfect match would be tough in my opinion.From a music supervisor's perspective, you start with a scene and need to find (or score) music that fits your visual (and possibly dialog) perfectly - not the other way around. It's next to impossible to start with a specific song and find a scene or visual that fits the song perfectly. The visual always will take priority (as it should in filmmaking), so it's much easier to then find music to fit THAT. Hope that makes sense.

Quote From Pro: "Lauren's Theme" is an excellent instrumental piece with a memorable melody, full of emotion and depth that would work well in certain dramatic or montage scenes in a film or other type of media.