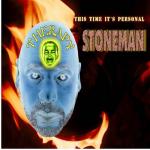 Pro General Comments: Hi Stoneman, This is a very high energy EDM European style club dance with a touch of old school disco. This genre is evolving daily and if you want to be competitive you'll need to listen to as many current EDM songs from around the world as you can. (use google and you tube to see what's out there) I'm not saying copy other singles but i am recommending you compare your song to the latest releases especially the drum track...just my opinion but this sounds a little retro and dated to my ear. If you have auto pitch correct use it...the background doubling was very out of tune and distracted me from enjoying the groove. The lead vocal was also pitchy but auto tuning would fix that. Repetition is common in this genre and you certainly drive home the hook. I can't can't stop hearing it and that's a good thing. My only question is does the singer ever dance with her? The song ends with him watching her and telling her get it get it get it girl. she's got it goin' on and he wants to get it on...lyrically the song doesn't break any new ground as far as saying something original. It's a pretty common idea...in this genre the sound,beat, groove, tempo is more important than the lyrics. If the instrumental is competitive and sounds broadcast ready it can be used in movie and television background, phone hold music and commercial advertising. A strong lyric with that would increase your chances of success. The sax solo at the end was cool...it added another layer with some jazz improvisation.

Quote From Pro: Stoneman is stone cold talented. I love the energy and enthusiasm that he puts in his music. I'm hoping we all hear more of his talent sooner than later.