Broadjam Artist: Reform Through MusicSong: If I Would Have KnownBroadjam Pro Reviewer: Diana Williamson (Songwriter, Music Supervisor)Pro General Comments: As you may know I do not comment on individual instrumentation as my expertise lies more in the… 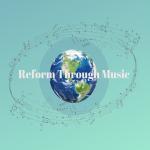 Broadjam Artist: Reform Through Music
Song: If I Would Have Known

Pro General Comments: As you may know I do not comment on individual instrumentation as my expertise lies more in the overall song composition, lyric, marketing and so on. This is the first song you have written?! Are you serious? Wow. I mean wow. I'll tell you -trust your instincts- they are working. Whoever you linked up with - really brought your lyrics to life. This is not always as easy as you think, to find someone who gets you. If this is beginner's luck- then be mindful of this. You are on the right track. Keep doing what you are doing. Music composers can take words and make them sound trite. These composers made your words shine.Good visual language flows well. It isn't that clear who the singer is? A family member, a friend a lover? That could be a bit clearer. Also was the person killed? It could be a bit clearer what actually happened to them? It doesn't have to be spelled out entirely - but it is an important detail. You know something as simple as saying they were a neighbourhood friend who was worried, but now they realize what was going on. It would give it a bit more dimension.The singer was a great choice. She draws the emotion out of your words in a way that really works. She is believable and that is half the battle. So you are drawn into the song effortlessly. Great melodic opening, sets the listener up and pays off. Build to chorus transitions work beautifully as well. Bg vocals do their part to raise the emotion. The arrangement is sparse and not too overdone- just the right amount of instrumentation to carry your words. Also the arrangement of your song won't sound dated as you go forth, as a vocal, piano song can last for a long time without getting dated."Blinders on" while appropriate stands out as a too perfect a phrase- a bit of a clunky (clich) phrase. Not a big deal but something to think about. Always best in this type of song to strive for a conversational tone, as the rest does. Your lyrics overall are working well in this song. Not too much and not too little- a good tone.If I Would Have Known is a great catch phrase. It has a lot of meaning behind it. Good hook line. Great choice. It sums up the pain and regret and volatile emotion that the people who are left behind have to deal with.The bridge works well too. It does its job and takes the listener away for a bit. Overall fantastic work. Keep at it.

Quote From Pro: This is a heartfelt tribute to those who are dealing with domestic abuse and deserves to be heard.