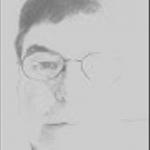 Pro General Comments: Hi B - hope you're staying safe!Very nice track. Nice textures, reminds me of Patrick O'Hearn a bit. Would like to see the bit @around 3:06 come a little sooner. The whole thing is pretty hypnotic with nice keyboard touches. Love the panning stuff! And it's always fun to hear tasteful use of tambourine. I think there's probably a market for an album of this kind of material. You might want to send some feelers out.Also, you might want to try some elements that help the bridges between the sections, and even augment the percussion in that section. Then bring it back at 4:24.It's refreshing when the horn sound comes in and takes you into the new chord progression. You might consider thinning it out a little for clarity, there seems to be a few things on the same material. But that's probably just my taste. Overall, you've got a groovy track that has a calming effect with interesting sounds around every corner.I like the use of tremolo on one of your keyboard sounds, it's a refreshing sound, as well as the panning, especially cool with headphones.One other suggestion, totally arbitrary - you might want to experiment with a clearer bass track. Something that adds some propulsion to the horn section. I feel the track turns a corner at that point, with the new progression and such. And for having a life of its own the track really goes on an adventure. If I were producing this, I would just beef up things that I've suggested and clean it up a little.(Sorry about the lateness of this review, I was only recently informed that it was in the hopper)

Quote From Pro: B. Still's tracks 'Shadows' is a cool, calming adventure!